What's in McDonald's meat? Is it good for me? Should I be eating this meat? Despite its global status as the second-largest fast food chain, have you ever questioned if McDonald's beef is genuine? Learn about the health facts in this guide. 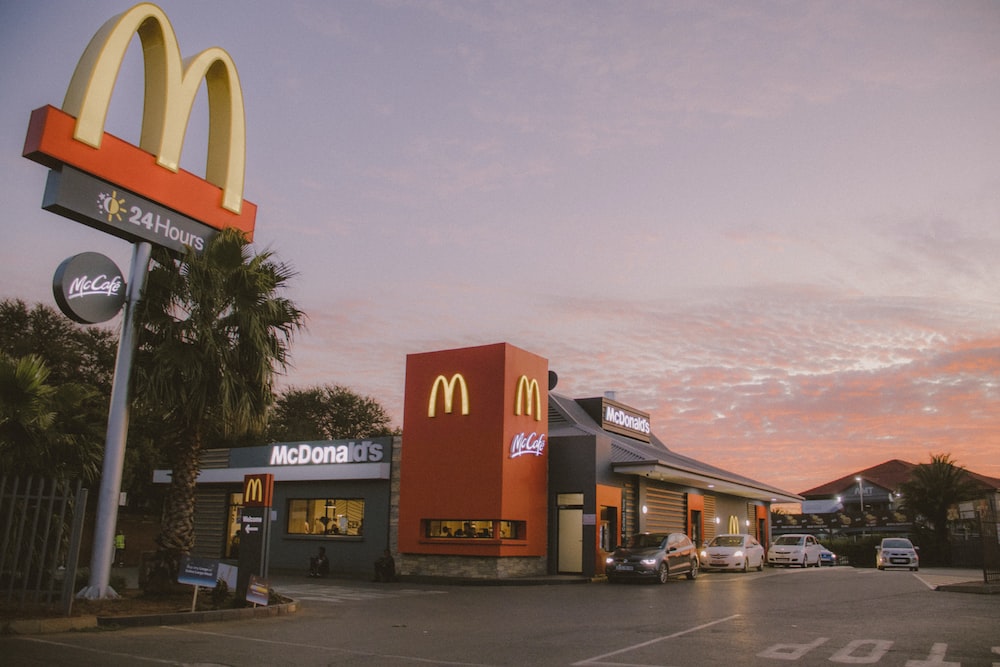 McDonald's is one of the largest fast food chains in the world. Founded in 1940, it now has over 36,000 restaurants in over 100 countries. The company employs 1.9 million people and serves 68 million customers each day. McDonald's menu offers a variety of items including burgers, chicken, salads, wraps, and breakfast items. In addition to its restaurant business, McDonald's also operates a franchise business and a global supply chain.

The company was founded by two brothers, Dick and Mac McDonald, in San Bernardino, California. The brothers started their restaurant with just a few simple menu items: hamburgers, french fries, milkshakes, and Coca-Cola. In 1948, the brothers introduced the Speedee Service System, which streamlined the hamburger production process and allowed them to serve their customers faster. This system would become the model for fast food restaurants around the world.

In 1955, Ray Kroc, a salesman for a milkshake mixer company, visited the McDonald's brothers to sell them new equipment. Kroc was so impressed with their restaurant that he decided to franchise it. He eventually bought the company from the brothers and turned it into a global empire. Under Kroc's leadership, McDonald's expanded rapidly throughout the United States and then around the world.

McDonald's beef patties are made with 100% pure beef with no preservatives, fillers, or added flavoring. The meat is ground and formed into patties at the suppliers' facilities, then flash-frozen and shipped to McDonald's restaurants. When an order is placed, the patties are seasoned with a small amount of salt and pepper before cooking.

This simple seasoning allows the natural flavors of the beef to shine through, giving McDonald's burgers their iconic taste. The simplicity of the ingredient list is just one more reason why McDonald's burgers are so beloved by customers around the world.

For years, McDonald’s has been the subject of rumors and speculation about the quality of its food. In particular, there have been persistent rumors that McDonald’s burgers are made from “Mystery Meat” or that their chicken nuggets are made from mechanically separated chicken parts.

However, McDonald’s meat is 100% real and their burgers are made from 100% ground beef that doesn’t contain any preservatives or artificial ingredients.

Additionally, McDonald’s also uses 100% real meat for their chicken nuggets and sandwiches, along with real pork for their McRib. In most cases, McDonald’s flash freezes most meat to lock in flavor. So the next time you’re wondering if McDonald’s meat is real, you can rest assured that it is.

How much real meat is in McDonald’s?

When it comes to McDonald’s, there are a lot of urban legends about the food that they serve. One of the most common myths is that meat isn’t real. However, that’s not true at all! In fact, all of the meat at McDonald’s is 100% real, whether it’s beef, chicken, or even the Filet-O-Fish.

The ground beef specifically has no additives, fillers, or preservatives used in it to make sure that the burger is fresh and has that iconic McDonald’s flavor.

So next time you’re craving a McDonald’s burger, you can rest assured knowing that you’re getting a delicious burger made with real meat.

Where does McDonald's get their chicken from?

Contrary to popular belief, McDonald's does not get their chicken from a single supplier. In fact, the fast food chain sources their chicken nuggets from suppliers in Georgia, Arkansas, North Carolina, and Tennessee.

Furthermore, contrary to another popular belief, McDonald's does not use pink slime to make McNuggets or any other product at their stores. The videos that went viral several years ago allegedly showing pink slime are false.

Not to mention, the chicken that is used by McDonald's doesn't contain any human antibiotics that are used in medicine. Lastly, McDonald's only uses cuts from chicken breast, rib meat, and tenderloins to create their products- no fillers or dark meat included. So the next time you're questioning where McDonald's gets their chicken from, now you know!

McDonald's chicken nuggets are made with 100% white meat chicken and are then marinated to seal in flavor. The nuggets come from the breast, tenderloin, and rib meat of the chicken. McDonald's has three nugget suppliers located in Georgia, North Carolina, and Tennessee.

The company does not use any artificial flavors or preservatives in its chicken nuggets. Consequently, customers can be assured they are getting a quality product when they purchase McDonald's chicken nuggets.

McDonald's policies on chicken treatment with antibiotics are extensive. In 2015, they stopped using any chickens that had been treated with antibiotics. This means that the chicken used by McDonald's does not contain any antibiotics important for human medicine.

All chicken is USDA-inspected before being used in any way by McDonald's. However, chicken farmers do use a class of antibiotics called ionophores to keep chickens healthy. This is a type of antibiotic not used on humans. Therefore, McDonald's is able to provide chicken that is healthier for humans to consume. This policy shows the lengths that McDonald's will go to in order to provide the best food possible for their consumers.

Is it possible that the McLean Deluxe was named after a dish made with seaweed?

In the early 1990s, McDonald's introduced the McLean Deluxe, a healthier alternative to the Big Mac that was made with 90% lean beef and 10% seaweed extract. The seaweed was used as a filler and was advertised as a low-fat option that would be less fattening than the traditional Big Mac.

However, the McLean Deluxe burger failed to live up to its health claims and was discontinued after only a few years. The main problem with the burger was its lack of flavor; customers complained that the seaweed extract made the burger taste watery and bland.

In addition, the use of Carrageenan, a common food additive made from seaweed, made the McLean Deluxe no healthier than other fast food options. As a result, McDonald's was forced to abandon its experiment with healthy eating and stick to its core menu of burgers and fries.

What is the weight of a McDonald's Burger?

When it comes to McDonald’s, customers can be confident that they are getting a hearty burger for their money. Plus, the extra meat means that there is more surface area for those all-important flavor-enhancing char marks. In the end, the slightly increased weight of the McDonald’s burger patty results in a tastier, more substantial burger overall.

Overall, McDonald's chicken is a healthy and quality product. The company has strict policies in place to ensure that its chicken is free of antibiotics and other chemicals that could be harmful to humans. In addition, McDonald's only uses cuts from the breast, tenderloin, and rib meat of chickens- ensuring that their nuggets are flavorful and satisfying.

While the McLean Deluxe burger failed to live up to its health claims, McDonald's remains committed to providing delicious food options for its customers. And with burgers that weigh in at 4 ounces, customers can be sure they're getting a filling meal when they visit McDonald's.