What are similar companies to McDonald's? What are McDonald's competitors? McDonald’s is one of the largest fast food restaurant chains in the world, serving burgers, fries, and other fast food items. The company was founded in 1940 by brothers Dick and Mac McDonald, and today has locations in over 100 countries. In addition to its signature burgers and fries, McDonald’s menu also includes chicken sandwiches, salads, breakfast items, and desserts. 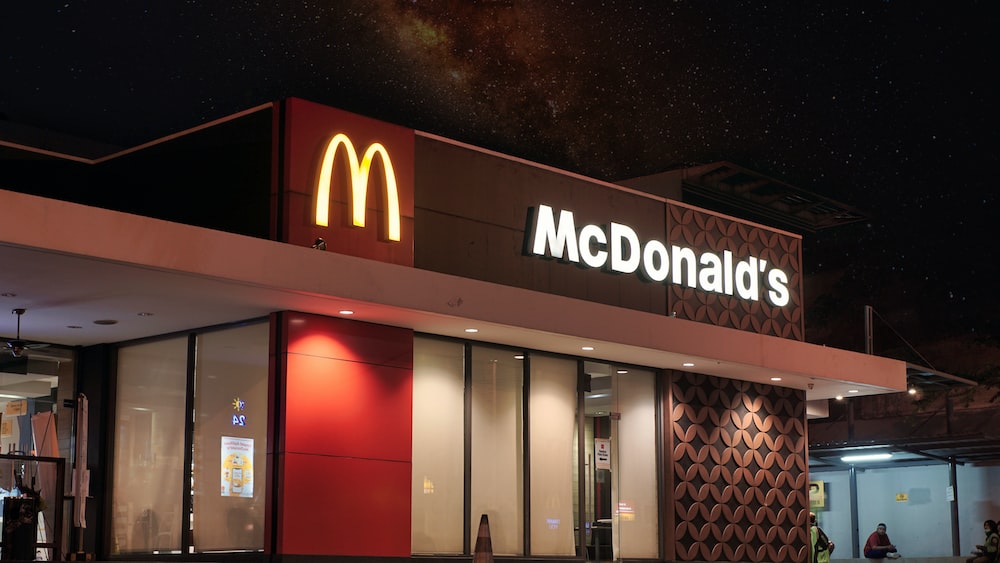 Here are the top competitors to the McDonald's fast food restaurant chain.

Yum! Brands is a global fast-food powerhouse, with over 50,000 locations in more than 150 countries. The company owns some of the most popular fast-food chains in the world, including KFC, Taco Bell, Pizza Hut, and The Habit Burger Grill. While Yum! is best known for its chicken chain, KFC, the company has been working to expand its reach in recent years.

In particular, Yum! has been focused on growing its presence in Asia and Africa. As a result, Yum! now has a significant competitive advantage over McDonald's in terms of both location count and international availability. With its strong global footprint, Yum! is well positioned to continue to grow in the coming years.

The coffee market is a highly competitive one, and Starbucks has long been one of the major players. However, in recent years, the company has come up against stiffer competition from McDonald's. The fast food giant has made a major push into the coffee market with its McCafe products, and this has put pressure on Starbucks' profits.

In response, Starbucks has attempted to differentiate itself by offering a wider range of drinks and improving the quality of its coffee. However, it remains to be seen whether this will be enough to win back customers who have switched to McDonald's. Either way, the competition between these two companies is sure to heat up in the coming years.

While Taco Bell and McDonald's may both offer a quick and affordable meal, they have very different atmospheres. Taco Bell is known for its comprehensive and sometimes quirky menu, with items like the Cool Ranch Doritos Locos Tacos and the Quesarito.

In contrast, McDonald's focuses on classic burgers and fries, with the occasional new item like the McRib. However, both restaurants excel at offering a variety of menu items to suit every customer's needs. Whether you're in the mood for a simple burger or something a little more exciting, you're sure to find what you're looking for a Taco Bell or McDonald's.

Domino's and McDonald's are both fast food restaurants that try to appeal to the same customer base. Domino's offers quick delivery, good customer service, and affordable menu options. Domino's has more than 18,300 locations throughout 90 countries and has the popularity and image that makes it similar to McDonald's. Although Domino's is a pizza place, it's a competitor to McDonald's because both restaurants offer fast food options. Moreover, Domino's has the same goals as McDonald's in appealing to customers who want quick service and affordable prices. Consequently, Domino's is like McDonald's in some respects, if not better.

Jack In The Box has been giving McDonald's a run for their money ever since they first opened their doors. Their hamburgers are just as good, if not better, and they have a cult-like following similar to McDonald's. That said, there are a lot of hamburgers available at Jack In The Box, with some featuring wild names. Additionally, there's a level of customization available that you can't find at McDonald's. Further, Jack in the Box can be found in 21 states and has over 2,200 locations, including Guam! If you're looking for a good hamburger and some customization options, then Jack In The Box is the place for you.

As the world's largest chicken restaurant chain, KFC is a major competitor of McDonald's, even though the latter is best known for its hamburgers. Both companies purchase large quantities of chicken and compete in the chicken sandwich market. Furthermore, KFC recently removed potato wedges from its menu and replaced them with fries, broadening the scope of competition between the two restaurant chains. While McDonald's may have the upper hand when it comes to hamburgers, KFC is definitely a major player in the competitive landscape of fast food restaurants.

Subway is the largest fast-food restaurant globally in terms of the number of locations it has in the United States and all over the world, which makes it a direct threat to McDonald’s. With 41,000 locations worldwide and over 21,000 in the United States, Subway has a significant advantage in the location department. In addition, Subway offers a healthier alternative to McDonald’s, with a variety of fresh and healthy ingredients.

And with a wide selection of sandwiches, salads, and wraps, there’s something for everyone at Subway. Finally, Subway’s aggressive marketing campaign has been highly effective, with the company regularly running ads that compare its sandwiches favorably to those of McDonald’s. As a result of all these factors, Subway is a major threat to McDonald’s and is well positioned to take market share in the fast-food industry.

Nordsee is a German fast-food chain that specializes in seafood, including a delicious variety of fish sandwiches. With more than 400 locations across Germany, Austria, the Middle East, and Europe, Nordsee is a leading competitor to McDonald's - especially when it comes to fish sandwiches. In addition to their mouth-watering selection of seafood dishes, Nordsee also offers a variety of other menu items such as salads, soups, and snacks. Whether you're in the mood for a light lunch or a hearty dinner, Nordsee has something for everyone.

McDonald’s is one of the largest fast food chains in the world, with more than 38,000 locations in over 100 countries. But McDonald’s isn’t the only player in the fast food game. One of its indirect competitors is Pizza Hut, a Yum! Brands restaurant that specializes in pizza, wings, cheesy bread, pasta, and dessert.

While Pizza Hut may not be as large as McDonald’s – there are only 18,000 Pizza Hut locations worldwide – it operates in more countries (110) than McDonald’s. And while McDonald’s is known for its burgers and fries, Pizza Hut offers affordable, fast food that’s delivered quickly – which is what customers want. So while McDonald’s may be the largest fast food chain in the world, Pizza Hut is a strong competitor that shouldn’t be discounted.

As you can see, McDonald's has a lot of competitors both within the United States and in countries such as Japan, Russia, Australia, and China. Some of the biggest competition for McDonald’s come from Burger King, KFC, Subway, Wendy’s, and Taco Bell. Additionally, pizza places such as Domino’s and Pizza Hut are in the direct competition since both go after the fast-food customer base and offer products at reasonable prices.

On top of that, you have Tim Hortons, Starbucks, Dunkin’ Donuts, and other restaurants that focus on coffee products being a direct competitor to McDonald’s and McCafe.

However, McDonald's has remained one of the most popular fast food chains in the world due to their expansive menu options, affordable prices, and consistent quality. Consequently, it will be interesting to see how these competitors affect McDonald's business in the coming years.