Looking for a great CVS alternative? Check out our list of the top 7 best-rated companies that are similar to CVS! These pharmacies offer great deals on prescriptions and over-the-counter medications, as well as a wide variety of other products and services. 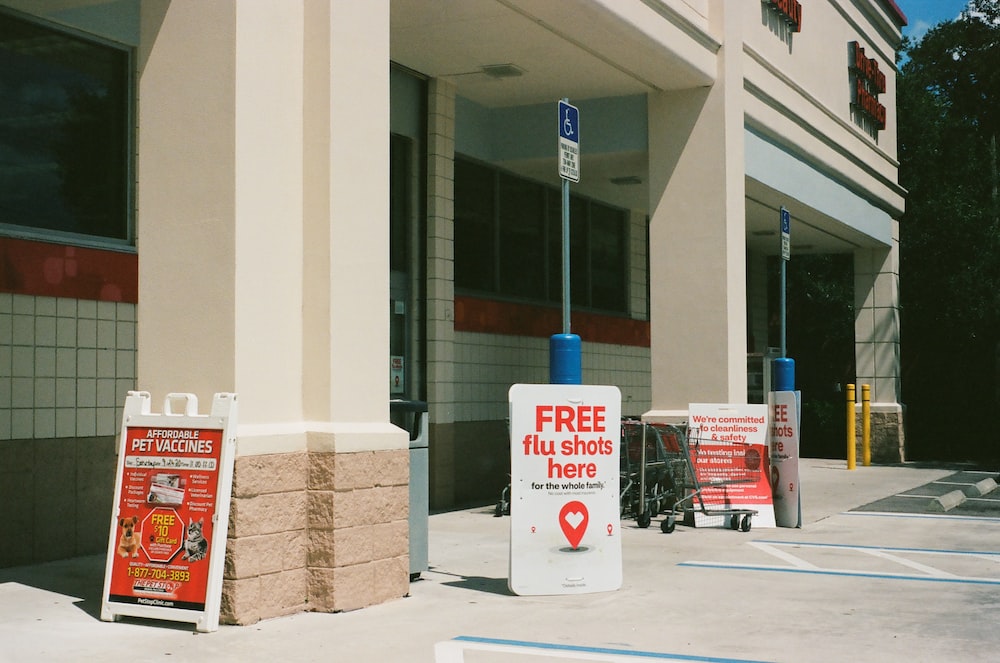 CVS international is the largest drugstore chain in the United States, with over 10,000 stores nationwide. However, the company faces stiff competition from a number of other pharmacy chains, including Walgreens, Kroger Pharmacy, Walmart, and Rite Aid.

In addition, CVS must also compete with healthcare groups such as Cigna and UnitedHealth Group. Despite the challenges, CVS has remained a strong competitor thanks to its wide range of health services and its convenient store locations.

With customer needs changing all the time, it will be essential for CVS to continue to adapt and evolve in order to stay ahead of the competition in 2022 and beyond.

Below are the top 7 CVS competitors.

Founded in 1901, Walgreens is one of the oldest and largest pharmacy chains in the United States. With more than 13,100 stores worldwide, the company has a significant presence in both the domestic and international markets.

In 2020, Walgreens generated nearly $140 billion in revenue, with prescription sales accounting for approximately $89 billion. While the company faces stiff competition from rival CVS, Walgreens has managed to maintain a strong market share and continues to be a leader in the pharmacy industry.

Walmart Pharmacy is one of the nation's largest wholesale pharmacies, providing retail pharmacies in many locations. Walmart generated a total of more than $21.5 billion in prescription sales in 2020, and it offers both mail-in and specialty prescription services. Walmart is also known for its generic drug discount program, which provides you with hundreds of different medicines at $4 or $10 per month for a 30-day or 90-day pool.

Walmart Pharmacy is accredited by the Better Business Bureau (BBB) and holds an A+ rating, indicating that the company has a history of resolving complaints from customers. In addition, Walmart Pharmacy is a member of the National Association of Boards of Pharmacy (NABP), which requires its members to adhere to strict ethical standards.

As a result, you can be confident that you will receive high-quality prescription services when you use Walmart Pharmacy.

Rite Aid is a pharmacy chain founded in 1962 in Pennsylvania. With over 2,300 stores across 17 states, Rite Aid is a nationally recognized supplier of prescriptions and healthcare items. In 2020, Rite Aid's sales were more than $21.8 billion, including prescription revenue of over $11.5 billion. Rite Aid was placed 150th on the Fortune 500 list of the top US companies by total revenue in 2020.

Rite Aid is a big competitor to CVS, with a similar business model and comparable-store numbers. However, Rite Aid has a smaller presence than CVS, with most of its stores concentrated in just three states: California, Pennsylvania, and New York. Nonetheless, Rite Aid is a significant player in the pharmacy marketplace and one to watch in the coming years.

Costco Pharmacy is a subsidiary of Costco Wholesale, a membership-only warehouse club with locations across the United States and around the world. Costco Pharmacy offers both mail order and in-person pharmacy services, as well as online refills for prescriptions.

In 2020, Costco generated $2.7 billion in revenue, making it one of the largest pharmacy chains in the United States.  Costco Pharmacy is a great option if you are looking for low-cost prescription drugs. The company offers many generic medications at a fraction of the cost of brand-name drugs, and it also provides discounts on some name-brand drugs.

Healthcare and pharmacy giant UnitedHealth Group (OptumRx) is a major competitor to CVS in terms of both size and scope. In 2020, UnitedHealth Group's prescription drug revenue was an estimated $32.2 billion, ranking it among the top four companies in the space.

OptumRx, UnitedHealth Group's mail-in and specialty pharmacy division, serves customers across the United States with a wide range of prescription medications. In addition to its size and reach, UnitedHealth Group has a significant competitive advantage in terms of price.

In many cases, OptumRx can offer significantly lower prices for prescription drugs than CVS or other major retailers. As a result, UnitedHealth Group is a major force to be reckoned with in the healthcare and pharmacy industries.

Publix Pharmacies are now available in all states, with the exception of Rhode Island and Vermont. In addition, Publix grocery stores now have a pharmacy in over 90% of markets, providing a low-cost prescription drug plan where you can buy 90-day supplies of popular drugs for $7.50. As you can see, it's a major challenger to CVS, with Publix expecting to generate more than $4.1 billion in prescription income in 2020.

Kroger is one of the largest grocery store chains in the United States, with more than 2700 stores across 35 states. The company also operates a large pharmacy business, with over 2000 pharmacies located inside Kroger stores. In 2020, Kroger's pharmacy sales were an estimated $15.0 billion.

As you can see, there are many large and well-known companies that compete with CVS in the pharmacy space. While CVS is the largest player in the industry, it faces stiff competition from a number of challengers, including Rite Aid, Costco Pharmacy, UnitedHealth Group (OptumRx), Publix, and Kroger.

In the coming years, it will be interesting to see how these companies compete with each other and what new innovations they bring to the pharmacy industry.