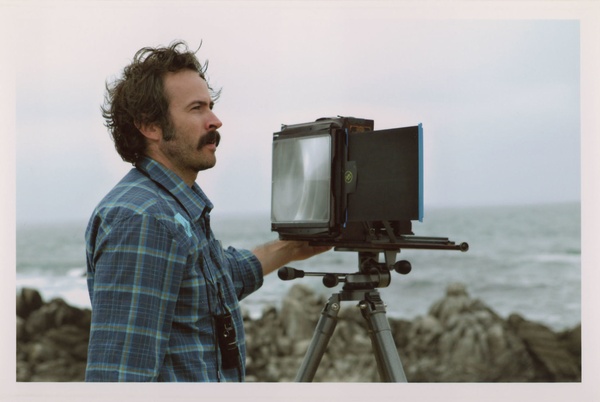 I have the pleasure of owning this book by Jason Lee. In fact, I knew I would be such a fan of this book that I ordered the signed version without ever seeing it. I'm a fan of Jason. Who doesn't like a cool [now Texan] who rides motorcycles, take photographs and films great movies? A likable character no matter who you are. This book is quite amazing. If you know me, you know that I appreciate art that has a streamlined sensibility that makes you feel something strongly. The book makes me feel the true America. If you haven't ever driven across the country, I would recommend doing so. We sort of having this idea that the world is quite full. That there's not enough space for us. That's not the truth. In fact, there are desolate plains across America that are quite abandoned. And they have an eerie feel. To me that now feels very Americana.

Inside the series are many photographs, with no people, but architectures. Broken down, old, used, given away architectures. Sometimes the photography isn't using the most beautiful subject matter. In fact, most of it isn't. And I think there's something kind of beautiful about that. Its much more like documentation than it is anything else.

All in all, I love this book. I often pick it up if I have that feeling like I need to 'get away'. That sense in us we have sometimes where we want to jump in the car and go on an adventure. The book can actually provide that, given that's primarily how Jason shot the series. Just by driving through America, finding these unique architectures needing to be captured.

Pick up Jason's book right on his site.

Patrick Algrim is an experienced executive who has spent a number of years in Silicon Valley hiring and coaching some of the world’s most valuable technology teams. Patrick has been a source for Human Resources and career related insights for Forbes, Glassdoor, Entrepreneur, Recruiter.com, SparkHire, and many more.

Why Can't I Find A Job? Ten Considerations For Your Job Hunt

So, you have been in search of a job for a considerable time but are yet to be selected for one. If that's the case, don’t worry anymore because we have got you covered..

Thank You Email After Interview (Samples, How to Write It)