Looking for those funny computer puns to tell friends and colleagues? Computers and technology are an essential part of everyone's lives! Whether we need to get some information or at work, a computer is one device that has become a necessity.

Whether it is a laptop, a computer, or even a tablet, for all those who connect via computer puns, numerous phrases will leave you all in splits! Leaving aside some bad puns, there are a handful of jokes that never die and can be shared with friends at any time! Some of these puns can be used while learning new code or at work.

These make working a lot more fun! Techies use a lot of phishing puns. And, we have a lot of computer puns that will crack you up!

So, let the puns roll! 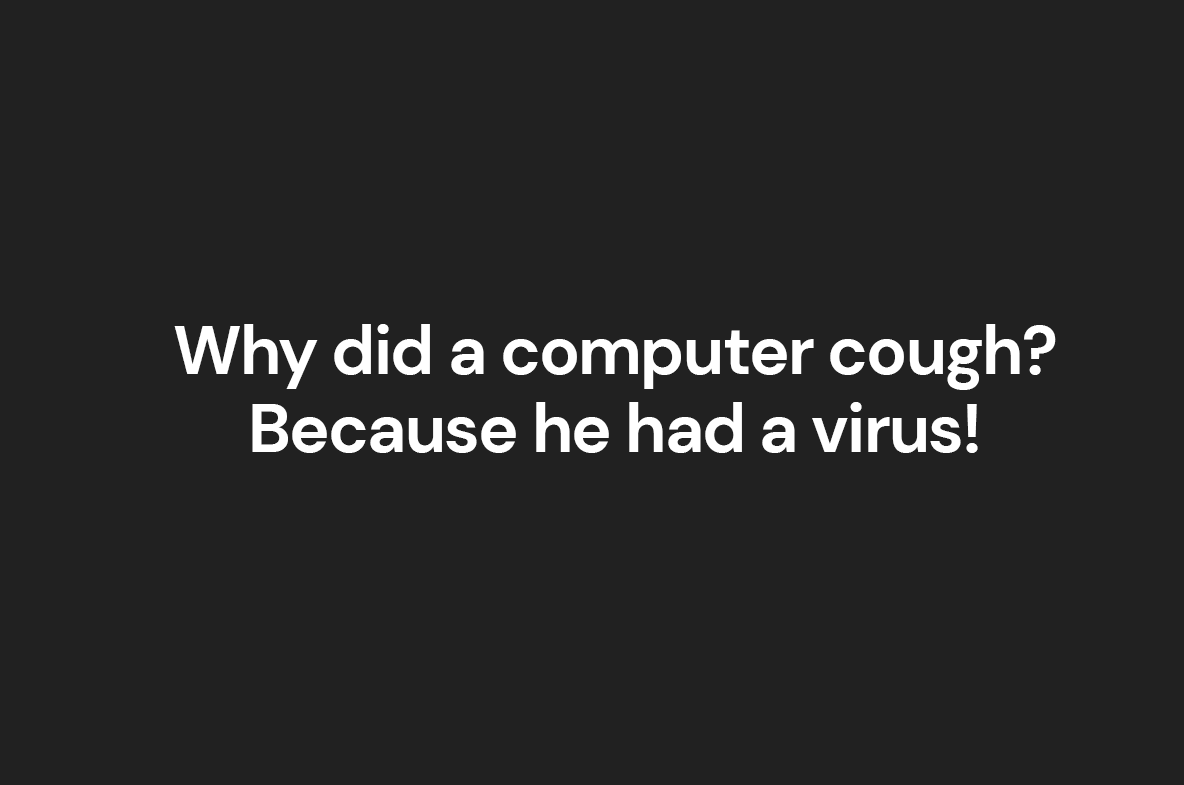 What does a hacker do whilst on the boat? He Phishes!

Why did an IT guy land in the emergency? Because he touched a firewall.

Why does an app developer have a high rate of insurance?Because they always crash.

When the IT guy gets himself a finger surgery? It is called a Tech-knuckle support

How do computers get drunk? They take screenshots.

Know of the 1023 megabytes band? Nope! They have no gig yet.

Who is the favorite singer of a computer? Definitely A Dell

What do you learn about computers? You learn it Bit-by-bit.

What is the favorite animal of a computer? It is a RAM

Why does a PowerPoint presentation have to cross a road? So that it can go the opposite slide. 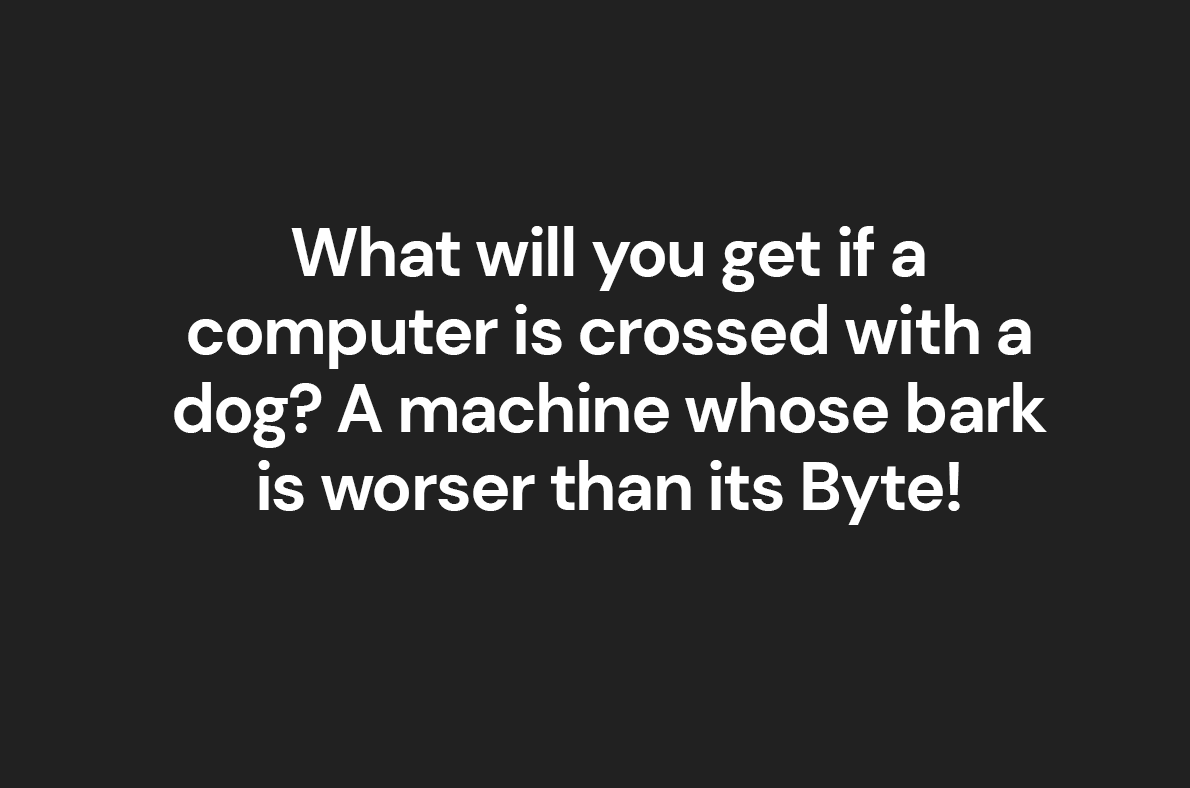 Why does everyone working at a keyboard factory rich? Because they put in many shifts!

Why does the computer’s car not last long? Because they have hard drives at all times!

Why was a computer spy fired? Because he could not hack it!

After the bank was robbed, what did an eyewitness tell the police? They went data way!

Why do people get scared of computers? Because computers Byte!

Where will a mischievous disk drive be sent to? To the Boot camp.

Spiders are quite good with the Internet. Any idea why? Because they know the best websites!

Why programmers never use the AC? Because they prefer windows over AC.

What will a computer when on its beach vacation? It will surf the internet.

Why was the man sad on his computer having a virus? Because this was quite a terminal illness.

Why an IT guy cannot have a girlfriend? Because he will turn off and on, again!

Where computers go for a dance? To the Disk-otheque

Why are computers good at golf? Because they have hard drives!

Who is a hacker? One who loves phishing!

Whats the good thing about a computer crash? It never has external injuries.

How many programmers would you need to change the light bulb? Zero. Because this is a hardware issue.

What is a computer mouse who loves swearing all the time? A cursor!

What is that chemical which gets released in the brain when you watch a funny thing on the net? It is Dopameme.

Why does a Java developer wear glasses? Because he cannot C#.

Where did that software developer go off to? No idea! He ransomware!!!

Where do spiders weave their webs? On websites!!!

Why are computers like air conditioners? Because they stop working when the Windows are open!

What will a baby computer address his father? Data!

What is a computer superhero called? A ScreenSaver indeed

Why did a computer have to cross the road? In order to have a byte!

What do you call a person who goes after computer criminals? A hacker-tracker

What will you receive if an elephant is crossed with a computer? Definitely a lot of memory!

What will you get if a computer is crossed with a dog? A machine whose bark is worser than its Byte!

Why did the computer get so angry? Because there was a chip on his shoulder.

Why did a computerneed glasses? He wanted to improve his web-sight!

Why did a computer cough? Because he had a virus!

Why did the bug get into a computer? Because it was hungry and wanted a byte!

Why did that computer squeak? Because somebody stepped on his mouse

Why was the dinosaur unable to play computer games? Because the Dino ate up the mouse!

Why are spiders not trustworthy? They post a lot of stuff on their web!

What happens when computer geeks meet? Love …at first sight!

How is an elephant similar to a computer? They have a large memory

Why can’t a computer play tennis? Because they try surfing the net!

What did the mommy spider tell her baby spider? Child, you spend a lot of time on the webs!

What is the favorite snack of a computer? Microchips 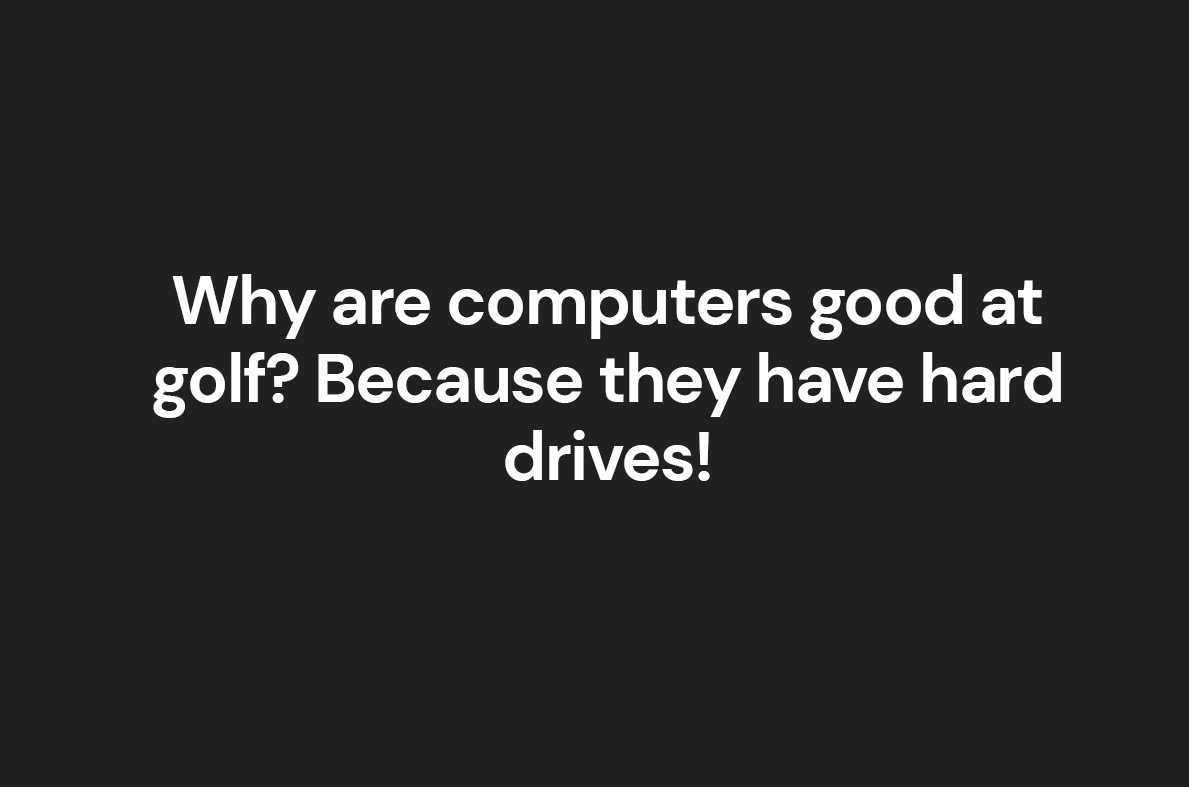 How to tell a funny computer pun

A relaxed and easy-going delivery is going to make the pun funny. Some people will enjoy it, while others might not. It's up to them! A good laugh is great medicine.

Where to use computer puns