Potatoes! Potato puns! You love it, or you hate it! Mashed, roasted, or simply potato fries, anyone can eat potatoes! There are a lot of items prepared with potatoes. If you look closely, you will see that every country has its favorite potato dish. Potatoes are not just delicious; their odd appearance and name give us a lot to laugh about.

This is enough to make them the favorite topic for puns and jokes. So, let’s begin roasting some potatoes and enjoy a good laugh with family, friends, and all around us. 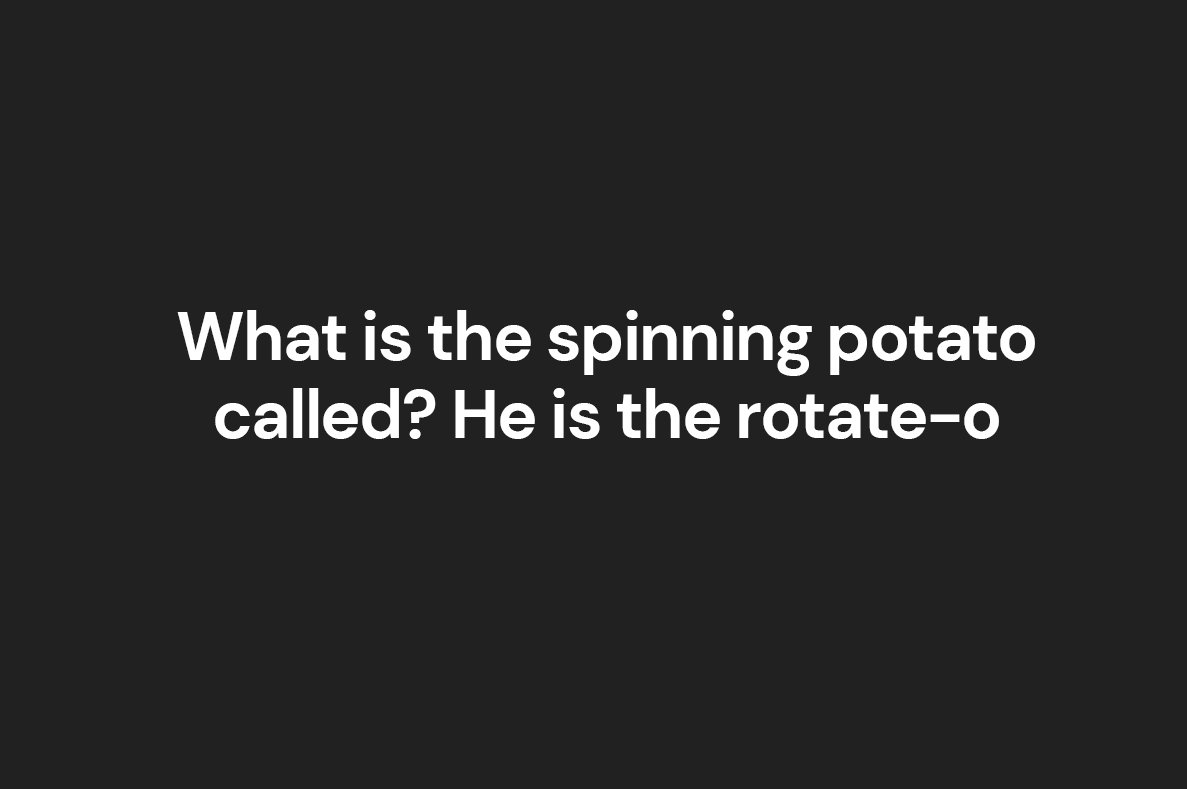 What is that one horror movie loved by a potato? It is “The Silence of Yams”

What will you get if you put a lot of potatoes and an elephant together? You get some good mashed potatoes.

Name the powerful potato? It is Darth Tater!

Which is that disease that is the biggest potato killer? It is Tuber-culosis!

Why did they take the potato to the psychiatric hospital? Because twas starch raving crazy.

Why a zombie should not be served mashed potatoes? Because they are a little gravy already!

What is yam that is stolen called? It’s a hot potato.

What is a yam that has a broom called? It’s a sweep potato.

Why did that potato cross a road? Because it saw the fork up.

How will a potato win the battle at the Street Fighter? It will, by mashing up the kick buttons.

What will you get if a tater is crossed with a racing car? You get a crashed potato!

On a very sunny day, what will a potato say? Wow! What a-mashing day it is!

What will you tell an angry baked potato? Relax, anything you prefer, but butter-it-up!

What is the potato’s favorite show on TV? It has to be Starch Trek!

What is a spectacled chip called? We call it a spec-tater. 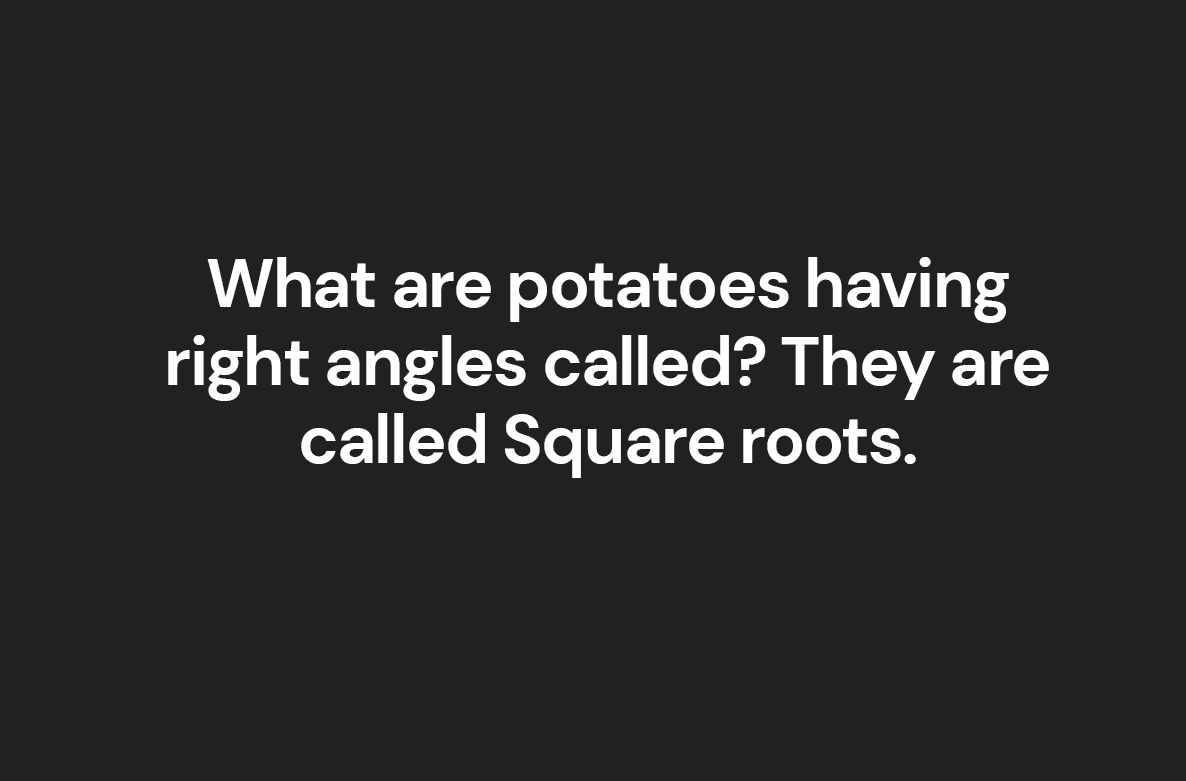 What is the name given to the lazy spud? It is called the “couch potato.”

What is the name given to some great-looking French fries? They are Hot potatoes!

What is the name given to a lazy baby kangaroo? It is called pouch potato!

What are potatoes having right angles called? They are called Square roots.

What will you name a potato hesitant to jump in boiling water? We call it the hesi-tater!

What is the name given to someone who sits and stares at potatoes all the time? We call him a medi-tator.

What is the name given to potatoes at football games? They are called spec-taters.

What is the fake potato called? It is called the imi-tater.

What is the name given to the chip that constantly pokes fun at you? It’s called the tater-taunt.

What will you name the potato who’s always instigating a fight? We call him the agi-tater!

How can you understand if a potato isn’t in a good mood? If they act salty!

What is the spinning potato called? He is the rotate-o

What made the potato salad end up blushing? It witnessed a salad dressing up!

Who is the favorite author of a potato? It is none other than Edgar Allen Poe tato!

Why does a potato make a good detective? Because he keeps his eyes peeled!

What is used for carrying potatoes? We use the tater tote.

What did a sweet potato tell a regular potato? “I ‘yam, what I ‘yam”.

What is the baby potato called? It is called a small fry.

What is the outcome of the potato rainstorm? You get Spuddles.

Did you ever hear of the potato whose head was chopped off? Yes, he was decap-otatoed.

Before the start of a football game, what did father potato tell his daughter potato? Girl, You are the one I am rooting for!

What is the name given to first-aid vehicle that’s made of potatoes? Yambulance.

What is the dance most disliked by a potato? It is the Mash-Potato dance

Why do all like sweet potatoes? Because they are very yammy.

What is the song that potatoes love at any Halloween party? They love to dance on “Monster Mash.”

How does mashed potatoes differ from pea soup? Anybody can mash a potato, however none can ever pea soup.

What is the life philosophy of a potato? It is “I think… therefore, I yam.

Why do all love to cook with potatoes? Because potatoes can be quite a-peeling.

Why was the potato unwilling to let his daughter marry a news reporter? Because they are commen-taters.

Why was the race won by French fry? Because he was a very fast food.

What does a potato have for breakfast? It loves Pota-toast with some jelly.

What instrument is the favorite of a spud? He loves to play the “tuber.”

Why was the reporter not leaving the mashed potato alone? Because he was in desperate need of a scoop.

How to tell a funny potato pun

Where to use funny potato puns