What does WYF mean? Does it mean Work Your Feather? Does it mean Wrong Your Friend? When someone sends you "WYF" over text message, it can be confusing to understand. Our brains want to decipher the acronym quickly in order to understand the entire conversation.

Learn what "WYF" means in this guide. 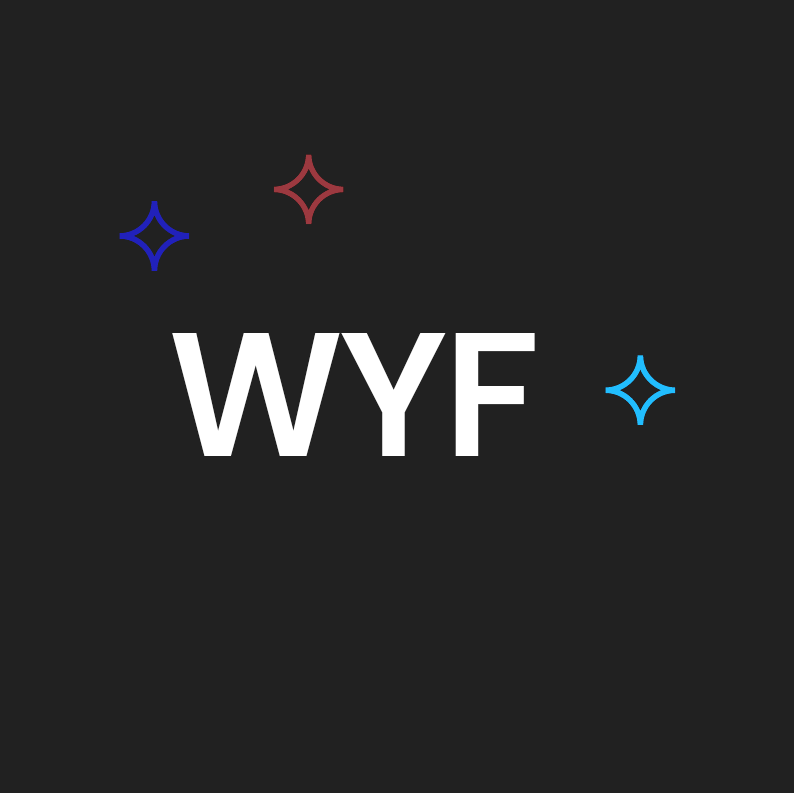 The internet slang acronym "WYF" means "Where you from?" It is a way of inquiring about someone's upbringing and what city they currently live in. It is typically used as a greeting to start a conversation. And as ask someone a basic conversation starter question in order to initiative the dialogue.

Urban Dictionary dates the acronym "WYF" back to 2018. While it's hard to know the exact origin of the slang term, these acronyms typically came with the rise of AOL Instant Messenger and other online chat platforms like IRC. Where internet language and cyber culture began to shape the way we communicate with each other.

How "WYF" could get used in a conversation

Typically, "WYF" will get used to start a conversation similar to how someone might start a face-to-face conversation. Rather, they will use "WYF" to ask where the person is from, since the connection could get made entirely through the internet.

The point of the prompt is for the other person to share where they are located. For example, "I'm in California." This would be a proper response to the prompt, "WYF?"

"WYF" is a casual slang acronym that is typically used in informal settings. Like a conversation between two friends. The phrase "WYF" could get used to begin the conversation and make it easier for one person to text the other. 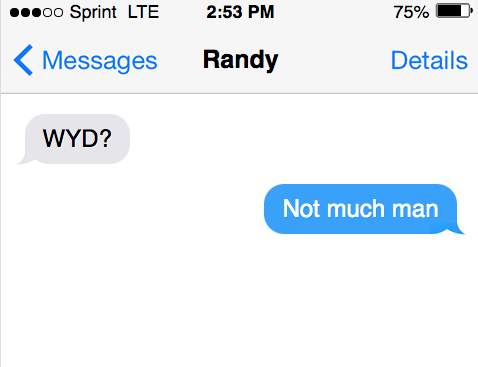 Example of "WYF" getting used in a conversation

Here are example conversations where someone is using the slang "WYD":

In this example, the first person is asking the person where they are from. And the other friend is answering with where they are located. This is a typical start to a conversation on Tinder, Bumble, or dating sites of all kind.

This second example shows when a person uses it without any additional context around it. One person can simply initiate a conversation using the acronym "WYF" and have the other person respond.

Lastly, this example shows that someone can use it as a way of handing the conversation over to another person in order to start or continue the dialogue between the two people. 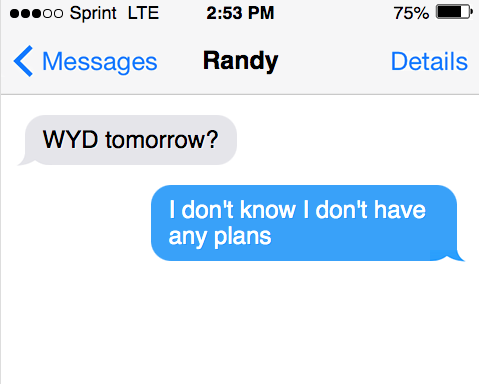 Other common uses for the acronym "WYF"

Some of the frequently confused meaning of "WYF" include:

Other similar short form acronyms and abbreviations that could get used to start a conversation:

WYD: "WYD," or "What you doing?" is a way for someone to ask what the other person is currently actively involved in. This is a way for one person to start a conversation with another person. Similar to "Hello" or "Hi."

What does it mean when someone says "WYF" on Snapchat?

It means that are inquiring about where you are from. "WYF" simply means, "Where (are) you from?"

What does it mean when someone starts a conversation with "WYF" on a dating application?

It means that they are using the slang "Where you from?" Or "Where (are) you from?" It's a way of starting a conversation with you in short form.

Is this a common phrase?

It is quite popular amount young people to start conversations with others that they don't know. Typically, this will be a greeting used to initiate dialogue with someone they are meeting for the first time. Similar to saying "Hello" or "Hi."