Learn what "WTW" means in this guide. 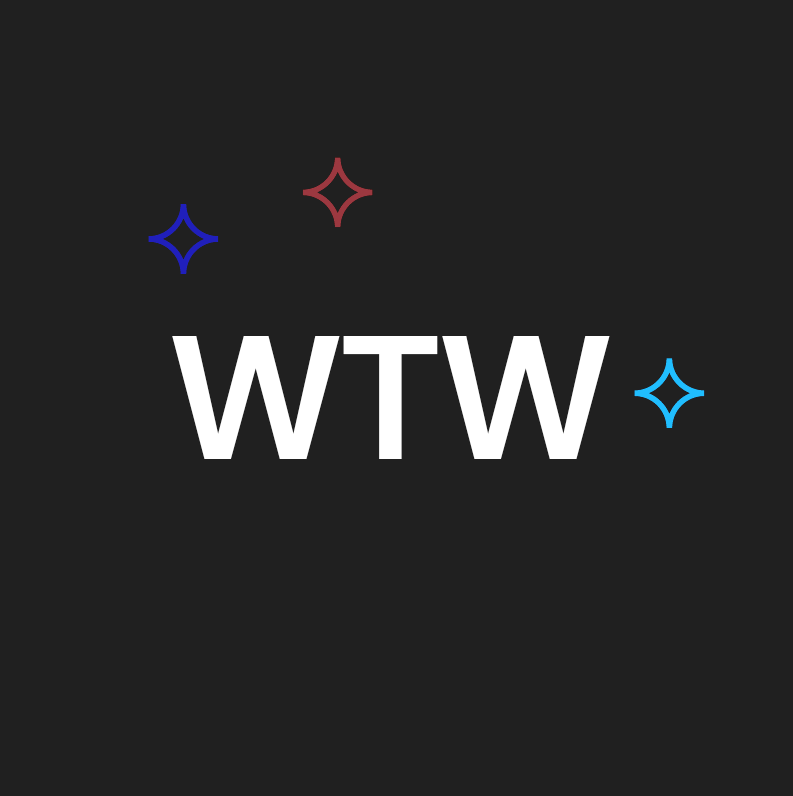 "WTW" stands for "What's the Word?" Which is an inquiry into someone's current or future plans for the day. It is a greeting, used to start dialogue between two friends. Someone who is using "WTW" to start a conversation could also use the following greetings:

Variations could include, "What's the Good Word" or "WTGW." This abbreviation is simply a variation of the "WTW" internet slang. And provides more emphasis toward having a positive mood on behalf of the communicator.

"WTW" or "What's the Word" shows use dating back to 2004. Although, gaining in internet popularity back in February of 2016 and then later once again in June of 2022. Urban Dictionary dates this acronym getting use back in 2016. 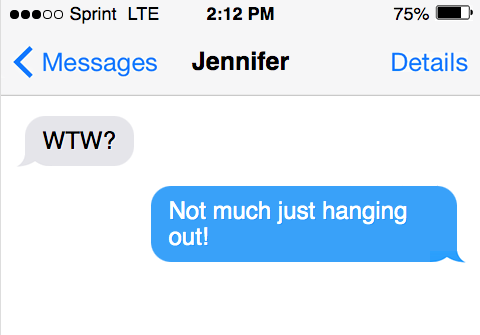 Examples of "WTW" getting used in a text message

Here are examples where "WTW" is getting used in a text messages:

Friend 2: "Not much, I'm just hanging out at my house. I have a small handful of errands I have to run. But after that I'm free."

Friend 1: "Awesome, let's do something!"

In this example, the friend is inquiring to the other friend about their plans for the day. Or what they are currently involved in. The first friend has the intent of creating a plan with the other person.

Friend 1: "Should we do something?"

This second example shows someone using "WTW" at the end of a sentence. Using it as a question to follow up about making potential plans to hang out together.

Friend 2: "Nothing! We are all hanging out and going to go the park later if you want to go!"

Lastly, this example shows someone potentially texting with a group. Or entering into a group chat or Discord channel. They are using the "WTW" phrase to greet the entire audience. 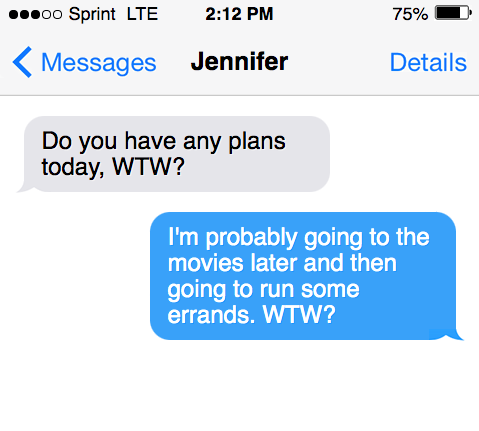 Other similar short forms that could get used in a conversation:

WYO: Which stands for "What You On?" It is another way to greet the other person and to enter into dialogue with them about their current or future plans.

WYA: Or "Where You At," which inquires about a persons current whereabouts. Also used as a type of greeting and conversation starter.

Questions and answers about internet slang.

What does "WTW" stand for on Snapchat?

"WTW" stands for "What's the Word" on Snapchat. It is used as a way of greeting either one or many people in a conversation. Other meanings could include "What's the Wave" or "What the What," although most commonly, it is used to say "What's the Word."

What is the "WTW" hashtag?

The #WTW hashtag is used as a way of greeting large groups of audiences. This could get used when posting a video to a video game community, a Bitcoin community, or a cryptocurrency community.