What Does "FWIW" Mean? Slang Definition for 2022

What does FWIW mean? Does it mean For What I Would? Does it mean something inappropriate? Can I use the acronym in a business setting? When someone uses "FWIW" in a digital conversation (text message, Slack, Microsoft Teams), it can be confusing to understand.

Learn what "FWIW" means in this short guide... 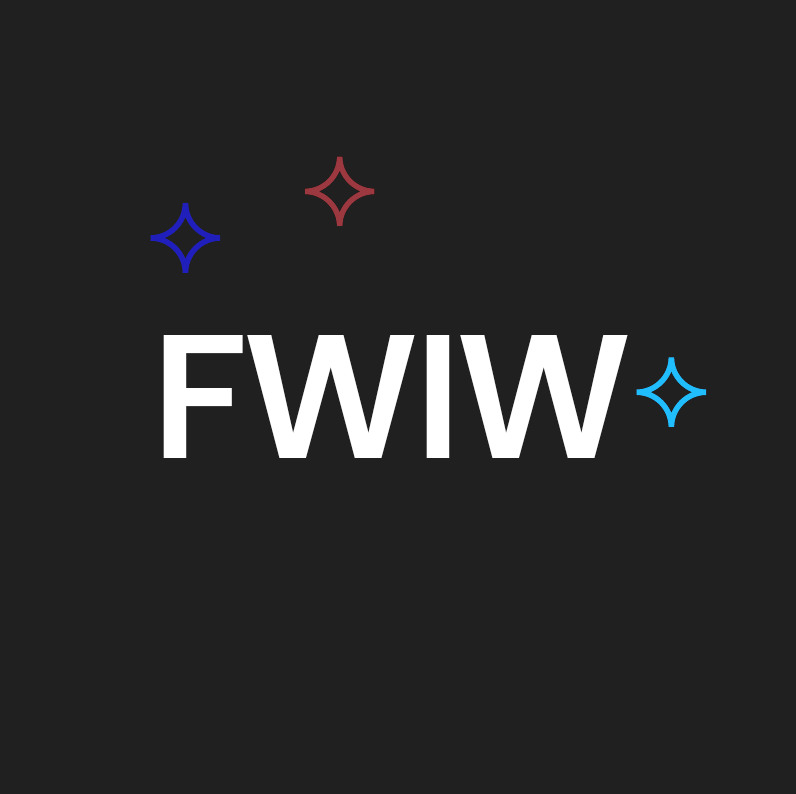 "FWIW" simply means, "For What It's Worth." It is an idiom that rarely caries any literal meaning. It is used to politely disagree or try to share an opinion with someone.

For example, if a conversation is had between two friends. And they are discussing the benefits of fasting. The two might share their opinions. And one person might say, "I don't think it has any benefit, FWIW."

This is a softer way of sharing an opinion. "FWIW" can often get replaced with "FYI," which is a slightly more forward way of saying, "For Your Information."

While these meanings are far less used, some could include:

Urban Dictionary dates "FWIW" as far back as 2003. It is one of the older acronyms used on the internet to describe someone's opinion. More recent abbreviations and phrases that have come from "FWIW" are "IMHO," or "In My Humble Opinion."

An early days literary example can be found in William Henry Oxberry's 1844 drama "Newton Foster, or The Merchant Service." Where it says, "Consequently, your viewpoint goes for what it's worth—nothing," one character remarks to another.

Other variations of the term and prepositional phrase have gotten use in the English language for decades. With phrases like, "Your opinion isn't worth anything." Or "For what it's worth, I don't care to hear about your story." 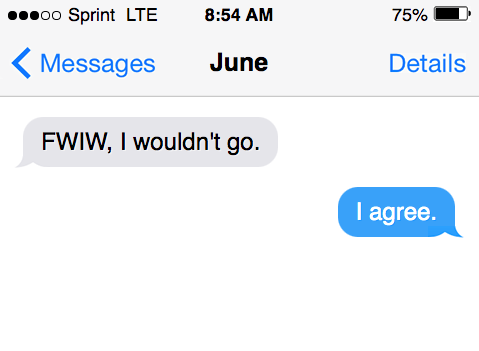 Example of "FWIW" getting used in a text message

Examples of "FWIW" getting used in a conversation:

Friend 1: "If I'm honest IMO, you really have to stop dating her, FWIW."

In this example, the person is using both "IMO" and "FWIW" in a sentence. It is getting used to describe a situation where the first friend feels strongly about the subject matter. And is sharing their perspective, opinion, and idea of the topic. They are using the acronyms to make a strong point.

Friend 1: "FWIW, we can do this anytime you want."

This second example shows someone using the acronym at the beginning of the sentence to inform the other person that an opinion is about to get shared. This is to soften the idea and make sure the person doesn't get the wrong impression of what they are about to say. 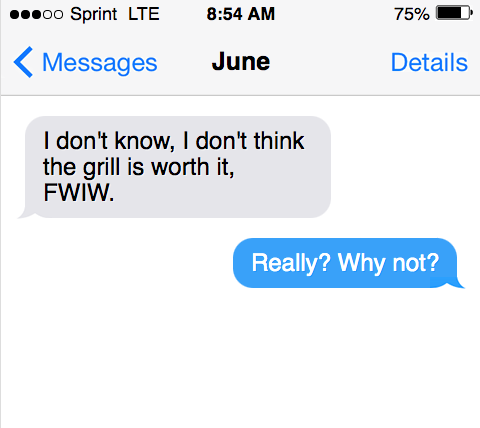 Other similar short form and abbreviations that are used in text conversations to convey a similar message:

FYI: Which stands for, "For Your Information." Which has a more snarky tone when repeated aloud from a text conversation.

IMO: Meaning, "In My Opinion," which is another way for someone to share how they feel about something in a conversation.

IMHO: Or, "In My Honest Opinion," which refers to someone trying to say that they are telling a more forward, honest opinion about a subject.