What does UWU mean? Is the meaning of UWU bad? Does it mean Ultimate Warrior United? When someone texts with the abbreviation and acronym UWU, it can be confusing to understand what it means.

Learn what "UWU" means in this short guide... 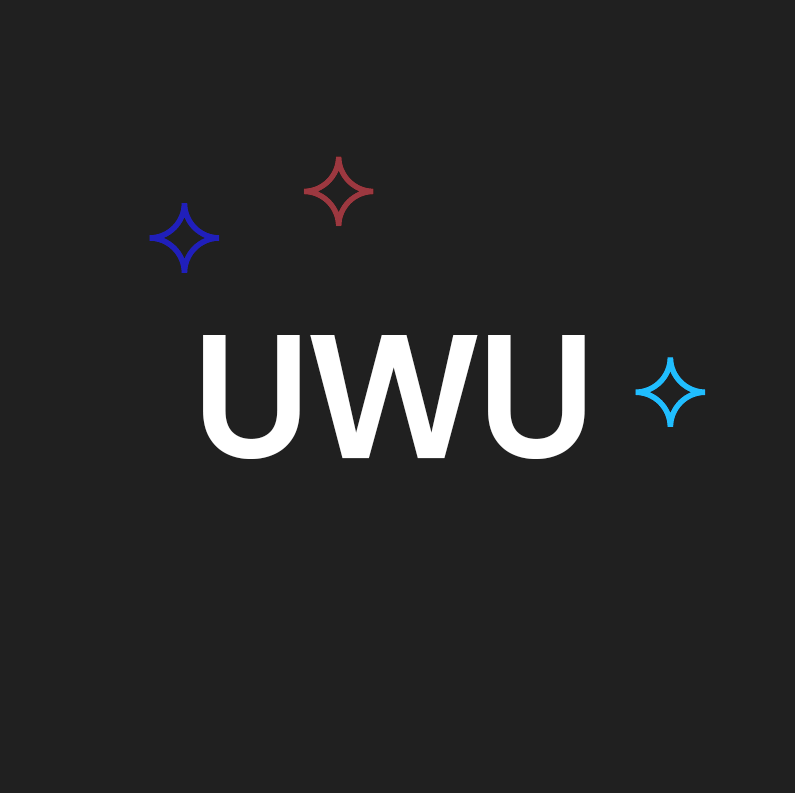 It is often used in furry fandom as it has a strong emotional appearance. The emoticon depicting a cute smiley face is frequently used as a response to something that is making the person feel endearing, cute, or loved.

A closely related emoticon is "OwO," which also depicts a emoticon face, although with a shocked look.

"UwU" is considered a happy anime face amongst those familiar with anime culture. Japanese and Korean cultures frequently use this emoticon when responding to something cute or Kawaii. 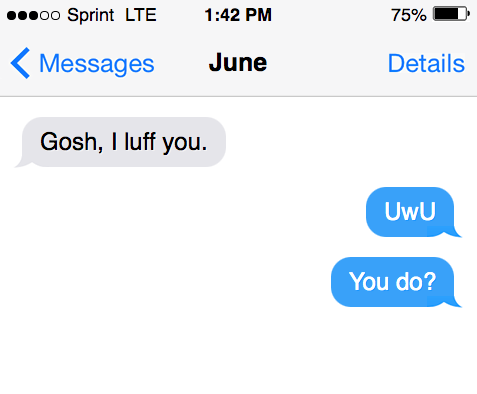 Typically, someone would use "UwU" in response to something kind, sincere, or nice. They would be trying to express a very friendly, appreciative smiley face. With the facial expressions that of someone who was happy.

Most commonly, it would get used with capitalization on both of the "U" letters and a lowercase "w." In other circumstances, someone might use it with all lowercase letters. And is less common cases, all capitalization letters.

Furries are fascinated with anthropomorphic animals and they often dress like these animals. The "UwU" acronym is intended to have a similar appearance to a anime-like or cat-like creature having affectionate feelings. 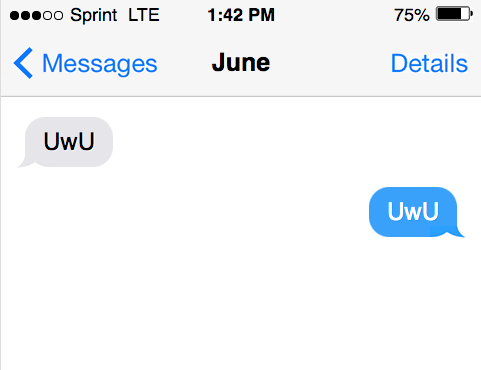 Urban Dictionary dates the "UwU" use to 2012, although it has gained in popularity starting from 2018 due to Furry Fandom culture rising amongst teenagers and adults in the United States.

In 2018, Mark Hamill used the "UwU" emoticon in a Tweet, increasing the popularity of the use of the acronym and emoticon.

Example of "UwU" in text messages

These examples show someone using the "UwU" acronym to show cuteness or happiness on the internet when having a conversation.

This conversation is simple. And conveys the expression that the two people are sharing, which is love.

In this second example, the two friends are speaking about something that is giving them the emotional response of feeling love, cuteness, or general affection.

Other similar short forms and abbreviations

Similar internet slang terms and emoticon's that could get used online:

OwO: In this emotion, the person is responding to a conversation or event with a shocked face. The facial expression would be depicting someone who is stunned, confused, or generally in awe of a situation.

OwU: A similar emoticon depicting another type of cute face. The "UwU" and "OwU" emoticon are very close in nature. And are only slight variations of the use. The meanings behind the two of them are identical.