Learn what "IKYFL" means in this short guide... 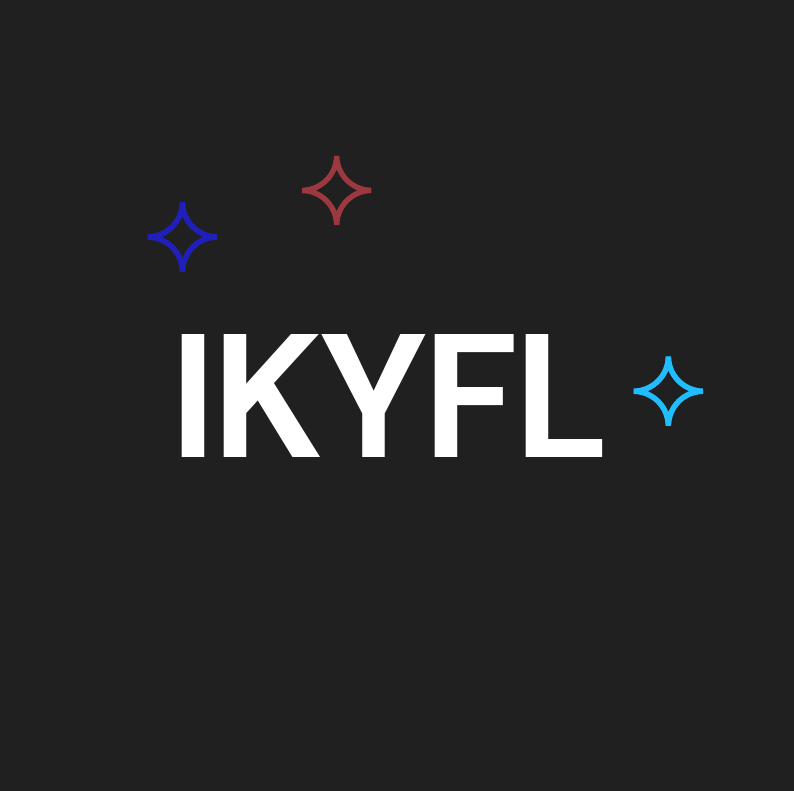 "IKYFL" means "I Know You're F****** Lying" or "I Know You Feel Like" in less common situations. When you see "IKYFL," it does mean something vulgar and aggressive. Someone who is texting or using this acronym is expressing something that they are displeased with.

It is considered an inappropriate term. And could be perceived as aggressive, accusatory, and more. It is not typically used in a joking way.

More commonly, it is used in heated arguments, conversations where there is disagreement, and when two people don't see eye-to-eye.

When "IKYFL" is used with other words next to it, rather than on it's own—then it could have a separate meaning. For example, "IKYFL popping up here."

This is a phrase that is typically used to describe someone saying, "I know you feel like showing up here." Or the intention of sharing that someone would like to visit them.

When it is a response to a statement, then the language that it intends to communicate is, "I Know You're F****** Lying." 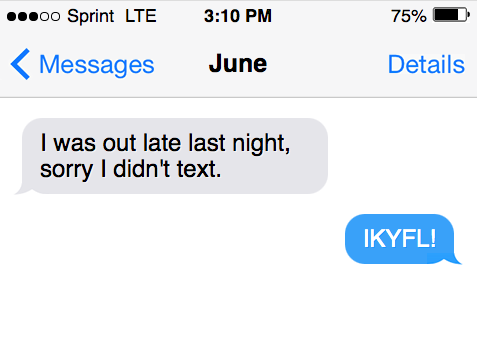 Urban Dictionary suggests this social media slang term received its first use around 2017. While gaining popularity around 2018.

The use of the term has always stayed the same, in terms if the history of "IKYFL" and the intention behind it.

Yes. It is most commonly used in text messages, social media channels, and other digital communication in a highly informal way.

It is highly advised not to use this acronym in business settings.

Are there any other meanings behind "IKYFL?"

No. The two meanings are the most common. Depending on how relevant the acronym is to the context of the conversation, it could carry a different expression.

Most commonly, it is used on it's own, not in a sentence, as usage of accusation and aggression from one person to another. 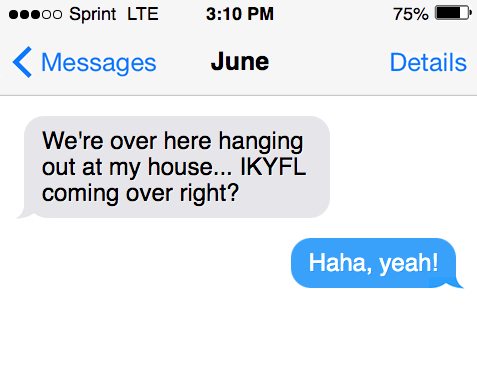 Examples of "IKYFL" used in a text message

These are examples where two people are using the acronym "IKYFL":

Friend 1: "I was out last night at a party and got home kind of late."

In this setting and example, the two people are having a conversation about events that took place the night before. The second person in the conversation is using the "IKYFL" acronym to create an accusation that the person is not telling the truth.

Friend 1: "We are hanging out the house right now. IKYFL coming over, right?"

Friend 2: "Absolutely, I will be there soon."

The second example of this acronym shows that the first friend is using the abbreviation to ask the other friend if they felt like coming over to their house.

Here are other short forms and similar acronyms:

WTF: Which stands for, "What the F***." It is when someone is feeling like they are getting lied to or feeling like the conversation is taking a turn in the wrong direction.

WTH: Standing for "What the H***." A type of response from someone who is not okay with the situation. And expressing discomfort.